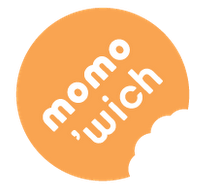 For one Sunday only, Spitalfields-based Asian cafe Momowich and popular Malaysian supperclub Wild Serai are teaming up to bring you the kind of Singapore / Malaysian pop up hawker brunch they love and miss from back home.

Come feast on our homesick-curing dishes such as:


The hawker brunch will be ala carte. THIS £5 EARLYBIRD TICKET ENTITLES THE HOLDER TO CLAIM £7 WORTH OF FOOD.

Each customer can buy more than 1 ticket, but is limited to using 1 ticket per food order per customer.

This pop up runs from noon till 4pm. In true hawker centre style, DROP IN ANYTIME!

Have a query about this event? Contact momo'wich Supperclub