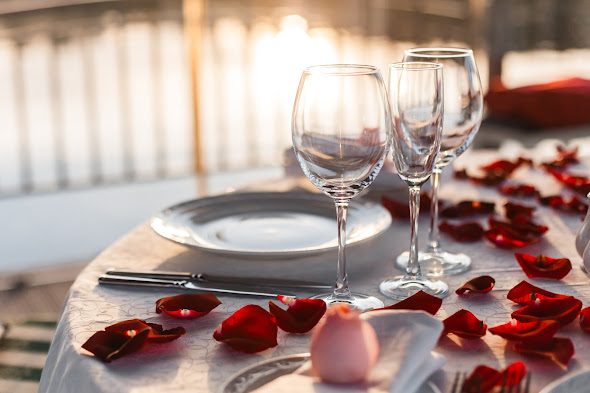 Valentine's by Candlelight is a Pre-Valentine's supperclub dinner event with all the kind of delicious and appropriate food you would associate with Valentine's. A luxurious and flavoursome array of Indian Indian await - made by one of the finest modern Indian chefs working in the UK today, Saurav Nath.

Chef Saurav Nath started his career with India’s famed Taj hotel group and having become well-versed with European cooking at the Hyatt Regency in New Delhi, he graced the UK’s Indian dining scene at such restaurants as the three AA Rosette winning Three Monkeys, whilst receiving further praise as a chef at Masterchef Atul Kochhar’s Michelin-starred Benares, before being appointed by Kochhar as the Head Chef at his Colony restaurant in London’s fashionable Marylebone.  Thereafter, Nath was a chef at arguably London’s finest Indian restaurant, the Michelin-starred Gymkhana, in Mayfair. More recently, he headed up the kitchens of the acclaimed Indian street food restaurant in London’s Spitalfields, Inito. Nath has also worked on pop-up restaurants with such iconic, culinary giants as Pierre Koffman and Eric Chavot.

Add your blog review of Valentine’s by Candlelight