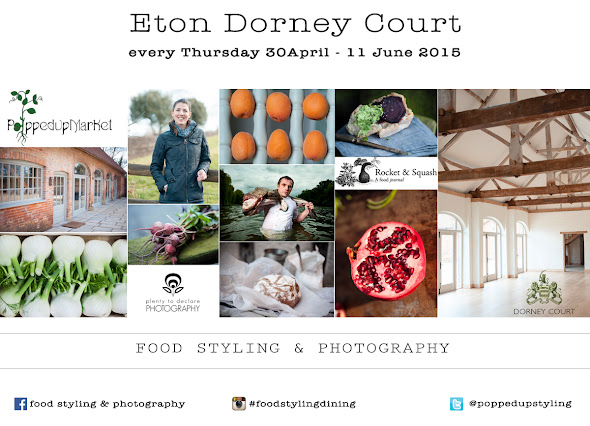 This is the fifth of six sessions which include expert contributors to help you explore all of the above through hands on practical workshops.

Adam Star of Great British Menu will demonstrate is unique modern approach to food styling. This work shop is a unique chance to spend time with a Michelin star chef learning how to plate food for restaurants, fine dining and dinner parties.

Adam will share 3 recipes for you to take home

Adam Simmonds knew that he wanted to be a chef from the age of 14, when he was only one of two boys in his school Home Economics class.

Born in Welwyn Garden City in 1971, he grew up in Cambridge. His first cooking- related job was in a pub in Leighton Buzzard, aged 16, as a pot washer and sandwich maker. His interest and passion for cooking soon led him to Le Gavroche, aged 18, as an apprentice and then commis chef.

Staying in London, but determined to learn in the finest kitchens, Adam worked at The Ritz Restaurant, under head chef Keith Stanley, as a commis chef for 18 month; followed by nearly a year at Burts in London (with Andrew Magson, who had worked with Paul Gayler at Indigo Jones). This led to The Halkin where he stayed in the kitchen, working with head Chef Stefano Cavallini, moving from demi chef de partie up to chef de partie for 18 months. This was followed by a year off, to travel and cook around the USA.

On his return to the UK, Adam hooked up with Paul Gayler again, this time at The Conservatory at The Lanesborough, where he worked as a chef de partie for nearly a year. He then moved to Mayfair to Les Saveurs, aged 21, where he worked under Marco Pierre White for nearly a year as chef de partie. Into Soho again, he then spent nearly a year with head chef David Hawksworth at L’Escargot as junior sous chef, then back to Les Saveurs, when Jean-Christophe Novelli took over as head chef. Adam spent eight months there as junior sous chef.

Leaving London, Adam joined Paul Heathcote at Heathcotes in Manchester, as sous chef. Then it was to Le Manoir aux Quat’Saisons, near Oxford, where Adam, now 27 years old, spent the next three years with Raymond Blanc, moving from chef de partie to sous chef, an experience which he found both inspirational and crucial to his career.

Adam’s first head chef position beckoned in Cheltenham – at The Greenway, where he spent a year, until the hotel was sold. Honing his head chef skills, Adam moved to Wales, to Ynyshir Hall, where his determination and hard work resulted in a Michelin star in 2006.

When the hotel changed hands, he left, at the end of 2006, and joined Danesfield House, near Marlow, in January 2007 as Head Chef. The restaurant (formerly called The Oak Room) was renamed Adam Simmonds at Danesfield House in January 2010. Numerous accolades and awards were bestowed on Adam Simmonds at Danesfield House, including a coveted first Michelin star in October 2010, which he secured for three consecutive years, a prized four rosettes in the AA Restaurant Guide (for five years running), and a consistent 8/10 rating in the Good Food Guide, placing Adam and the restaurant 13th in the UK among top establishments.

Adam was named Hotel Chef of the Year at the 2011 CATEY awards and reached the semi-finals of The British Culinary Federation’s Chef of the Year competition. He was also been tipped by the Good Food Guide as one of the top ten chefs to watch this decade.

In 2013 and 2014 Adam represented London and the South East on the BBC’s Great British Menu becoming a finalist in the 2014 series where he cooked the starter course for the war veterans in St Pauls Cathedral at the 70th Anniversary of D-Day.

In November 2013, after leaving Danesfield House, Adam started at Pavilion on High Street Kensington in London where he is currently overseeing the kitchen whilst raising investment for his own restaurant, ‘Simmonds’, due to open later this year.