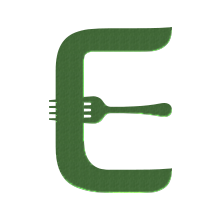 We’ll be kicking off a series of brunches and suppers to see in spring this year. There will be dishes from my book Secrets of Scandinavian Cooking…Scandilicious and also a few sneak peeks from my forthcoming book Scandilicious Baking.

Think an abundance of great Scandi fare – both classic and modern – shared around a large table in a cosy north London home. Sit down and share platters of gravadlax, break homemade spelt bread with your friends or a new dining companion.

by Scandilicious Brunches and Suppers

by Scandilicious Brunches and Suppers

I’ve been in love with everything Scandinavian ever since I traveled in Norway last year and then visited Stockholm in January. With stunning scenery, friendly people, great quality food produced, there’s so much to love about the Nordic countries!

A few months ago I started following Signe on Twitter and she’s definitely a baking goddess – check out her beautiful book Baking. When she announced her supperclub dates, I immediately decided to go and taste her famous Cinnamon Spelt Buns and Cardamon Doughnuts.

The brunch was held at Hannah’s (aka Chuchibum on Twitter) house in Islington, in a modern and spacious living room where around 16 people were accommodated.

Each dish was special - I loved the fresh Gravadlax with dill eaten with Peter’s Yard Sourdough Crispbread. The colourful beetroot salad was bursting of flavours.

I particularly loved the homemade granola and would have happily eaten some more of that! ;)

Sadly the Hot Cardamom Doughnuts were not available on the day we attended, but we were able to taste a new recipe from Signe’s latest book: Chocolate Brownies. We were so quick to steal them from the plate that I didn’t have time to take a photograph!

I was also excited to have a second go at the Cinnamon Spelt Buns – they are by far the best I have ever tasted!

At the end of the lunch we were served filer coffee from Square Mile and tea from the Rare Tea Company. Henrietta Lovell, the Rare Tea Lady, was sitting at our table and we had an interesting chat about all things tea. I went straight to Waitrose the next day to buy a box of her Jasmine tea and I have been drinking it regularly ever since.