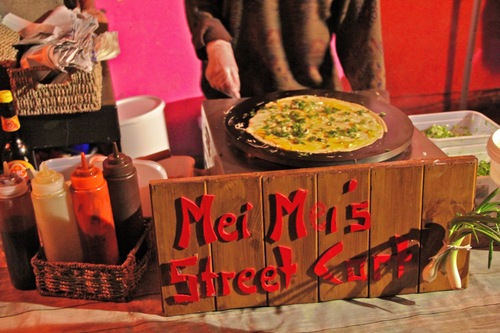 Run by 'terrible twins' Oli and Melissa - Londoners whose roots lay in Northern China and whose passion for Chinese cuisine, together with a severe disdain for bad Chinese food urged them to launch Mei Mei's Street Cart. By day, a street food stall flipping London's first Jian Bing - savoury pancakes originating from the streets of Beijing. By night, suppers inspired by grandma's cooking, and all the best bits of Chinese cuisine.

Our suppers are about having a FEAST. We're creating the Chinese restaurant experience that we wish existed. Somewhere you can get real home cooked grub, made with sustainably sourced ingredients and traditional cooking methods, and offering carefully thought out, Chinese comfort food. Each supper has a theme ranging from cooking techniques to food from films (can't wait for that one). We're strong advocates of eating first and talking later so bring whoever, even if you don't like them, it means you can order more and not look like a pig. 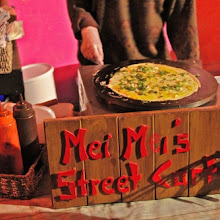 A celebration of MEAT. Roasted, slow braised, simmered down into broth, crisped up, steamed, charred. Recipes from grandma, dishes from our childhood, and combinations of flavour and texture... Read more 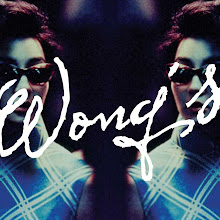 A pop-up restaurant serving in Chinese comfort food, in the style of Wong Kar-Wai's: 'In the Mood for Love'. 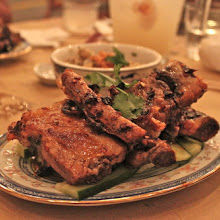 We're taking over the Dead Dolls Club for two nights, serving up 3 courses of
some of our most loved Chinese comfort dishes from Grandma's house. Using
carefully selected free range, sustainable... Read more 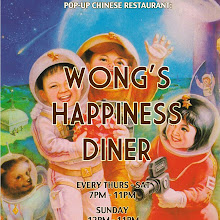 so bring along a hot date or some lucky friends.... Read more 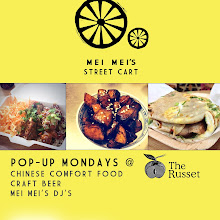 And we're popping up at The Russet with a special outdoor Chinese BBQ to
celebrate as part of #popupmondays
... Read more

In The Mood For Love | Of Rice and Jen

We had the feasting menu and it was superb. Beautifully cooked and fresh sea bass, delicious crispy pork belly and the surprise winner, Szechuan aubergine with fried egg. Delicious. Great service too.
Thoroughly, thoroughly recommended.
Thanks!
@fowlmouths

In the Mood for Love is my favourite film, so a pop-up restaurant themed around the sultry, Wong Karwai romance was an instant yes from me.

The Good
The food ranged from very good to great, with both the sea bass and Szechuan aubergine (menu changes week to week) causing much closing of eyes and gentle swaying.

The Confusing
Apart from the music and a few signs, almost nothing about the pop-up evoked the movie. I guess it was more "inspired-by". Not even the food, excellent though it was, was particularly reminiscent of the film's, and food features heavily in it. This is really my disappoint talking since we'd come dressed in character, and frankly other diners you let us down.

Despite purchasing tickets for the event the attentive wait staff explained the menu options to us three different times, which made for a weird initial exchange where we wondered if they even knew tickets were being sold. Prices on the drinks menu seemed to fluctuate, and in the end we were charged more for drinks clearly listed on the board, with no explanation.

The Uncomfortable
It's staged in a former garage, so if you like your toilets not in a wet closet....