Mosimann's Academy of Food and Wine 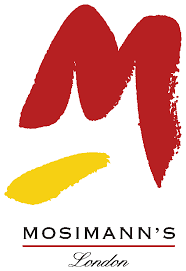 Anton Mosimann spent his early years in Nidau, near Biel helping his parents run their own restaurant where he developed both a love for food and a desire to become a cook. The first taste he clearly remembers is that of Emmental cheese.

“It was so tasty and so different from my previous food of vegetables and cereals.”

He started his apprenticeship at a local hotel at the age of fifteen, and at the age of twenty-five became one of the youngest Chefs to receive the coveted Chef de Cuisine Diploma.

At the age of 28, he was appointed Maitre Chef des Cuisines at the Dorchester Hotel in London – the youngest ever to hold this position. During his thirteen year tenure he was awarded two Michelin stars; the first time such accolade had been given to a hotel restaurant outside of France. In 1988 Anton acquired a Scottish Presbyterian church and set about creating Mosimann’s Club.

He also established a catering company, Mosimann’s Party Service, for which he has held the Royal Warrant of Appointment to HRH The Prince of Wales for Catering Services since 2000. In addition, he acquired a converted Victorian school in London’s Battersea and created The Mosimann Academy, with a demonstration kitchen featuring an enviable list of cookery courses and one of the world’s most extensive libraries of over 6,000 cookery books dating back to the 15th century.

“Food was the earliest influence on me as a child. I still remember the wonderful smell of apricots in season… it was fantastic… coming home from school to find my parents in the kitchen cooking, it all smelt so good. Theirs was basic cooking with seasonal produce. We have lost all that now, products are available all year round and I feel that’s a pity, as waiting makes it more worthwhile.”

Courses are tailor-made to all levels of ability and cover a wide range of topics including new cuisines and essential skills. We offer you a great team experience with plenty of hands-on involvement with an emphasis on creativity, communication and cooperation whilst learning all about fine food and wine in a relaxed and enjoyable atmosphere.

Our state-of-the-art demonstration kitchen has been designed to provide participants optimal views of our Chefs in action.  The kitchen is equipped with 10 individual cooking stations that can be configured according to your requirements.

Each cooking station has a two ring induction hob, chopping board and intregal bin and shelving for Mise en Place trays. It also contains the following equipment:

In the Demo kitchen there is: