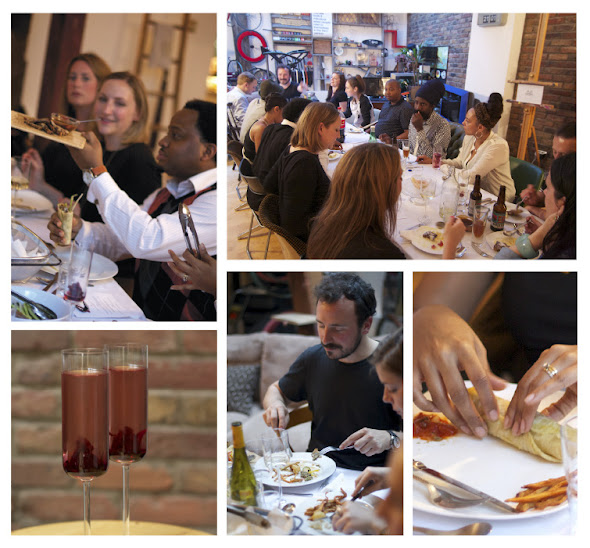 We grew up with a curiosity about all the cultures around us, people, food and music. Memories of Mum's rice and peas, and curry goat, fish and chips on a Friday and comforting school dinner desserts. Reggae music on the stereo at home, and the Top 40 on the radio, raving to Reggae, Jungle and Garage, and having a bagel afterwards in Ridley Road, or enjoying a curry in Brick Lane.

smoked jerk duck with a sweet tamarind sauce, julienne spring onions and cucumber . with a home made roti skins

Have a query about this event? Contact Dub Plates Kitchen