Autumn feast from the 'New East' 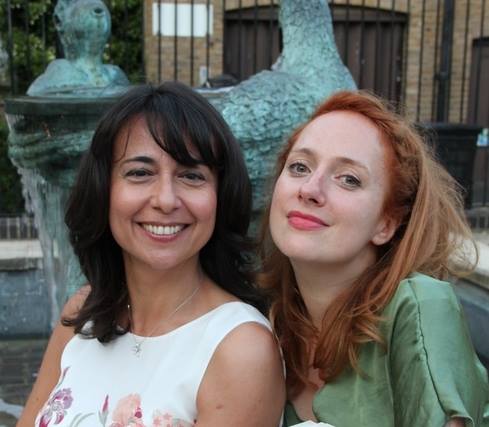 We cook food from the ‘New East’ – from the Baltics, via Moscow to Caucasian

Former Soviet Union is a challenging, complex, rich and inspiring land to draw

inspiration from. Has been and is still now. As part of #MyLondonSupperclubs

we are inviting you to enjoy a very personal to us journey:

Katya came to London from Estonia of Ukrainian/Crimean parents, as an

asylum seeker in the 90s, at the time when national tensions were high. Karina,

a daughter of a Muscovite ballerina with Georgian roots, has travelled far and

wide across the USSR, and knew from the early age the sensibilities of being

from former Soviet Union transcends boundaries - and can be chic and

very much influenced by September produce)

The world is closing down all around us. Beautiful meals won't solve that but we can certainly try with a gusto. This one night in Soho as part of #MyLondonSupperclubs we are cooking a meal to tell our own side of the story - of the friendship* between russkis and ukrainians. In London and back home.

The menu will trot the borders: from Moscow, to Tallinn, to Kiev and Crimea, back to London. The identity of many dishes are wonderfully fuzzy - our own and that's how we like it.

* Apologies for the overaly romantic languague. Or actually, no regrets. Sometimes we need it.

Walnut and cardamom pastry, sort of Georgian, sort of Moscovite

Have a query about this event? Contact Russian Revels

Add your blog review of Autumn feast from the 'New East'