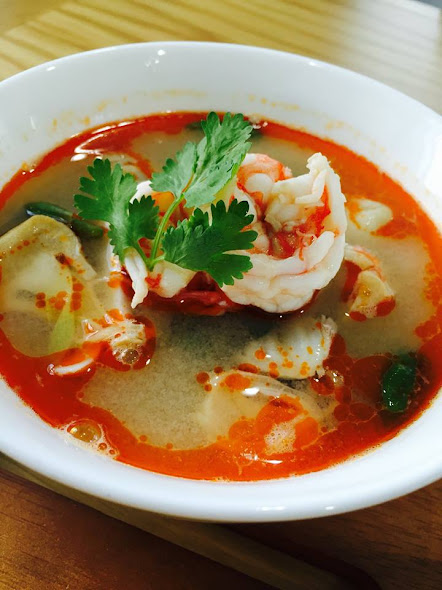 The development of Thai Cuisine has been influenced by many factors over the centuries, including contributions from countries such as India, Malaysia, Myanmar (Burma), China, Indonesia, Laos, France, Portugal and Iran.

Some countries being neighbours and others were traders from their own countries bringing spices, traditions and recipes to the Royal Courts from the 18th century.

Religion and ethnicity plays a major part in the combinations and complexity of the dishes. Those with a Chinese / Buddhist background do not eat beef, focus on steaming food and incorporate many varieties of noodles. Muslims do not eat pork, and so their cuisine tends to be more on the sweeter side. The Brahmins are vegetarian and their food tend to be somewhat bland. Regional cuisine varies greatly and can be spicy hot and sharp or aromatic. Bangkok being the cosmopolitan capital encompasses differing styles of the whole country although it does however tend to have slightly sweeter dishes enhanced with coconut milk.

The 5 main principle flavours of Thai Food are best seen at a Thai Banquet or large family meal. Sweet, Sour, Salty, Spicy and Bitter – and we mustn’t forget textures either. Most dishes combine some if not all of these components. The principle is to achieve a harmonious balanced diversity that is a feast for the eyes and a delight for the palate.

*Up to 4 people in a private residence.

*We will cover the basic cooking concepts of Thai cuisine.

*Possibility of taking your creations home.(Please bring containers to do this)

*This class can be catered for specific dietary requirements.

*Welcome to bring your own beverages to enjoy with your creations.

Have a query about this event? Contact Blue Lotus Inspirations

Add your blog review of Introduction to Thai Cooking